Our board of trustees — legally responsible for the general control and management of the administration of the charity. 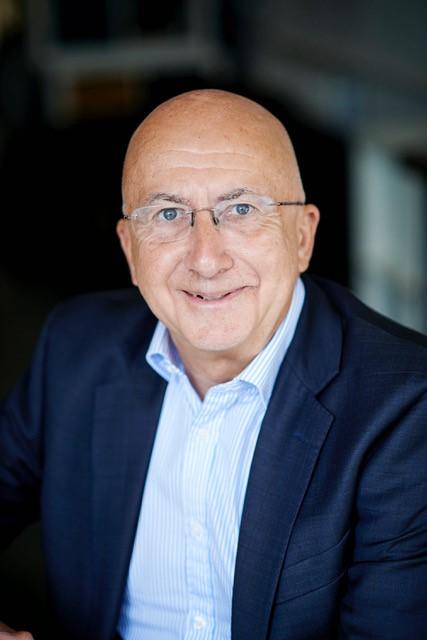 David was appointed as Chair of Leonard Cheshire in October 2021.

He is the immediate past Chair of Carers UK and currently chairs the Institute of Business Ethics. David is Emeritus Professor of Corporate Responsibility at Cranfield School of Management. He has set up and/or run several social enterprises, charities and Public-Private-Community Partnerships. 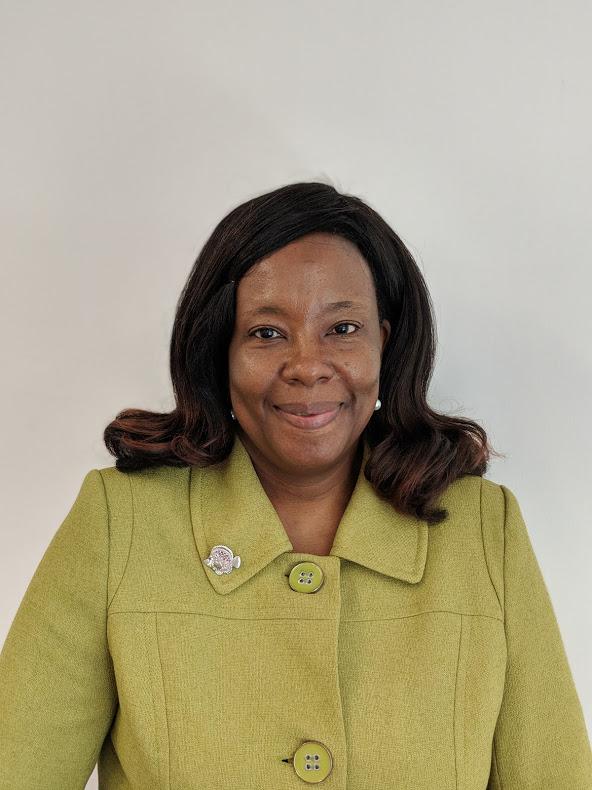 Sylvia has worked in the area of sustainable development for several years at both international and national levels focussing largely on Governance, Health, Education and Gender.

She has demonstrable experience and understanding of large-scale international development, including experience of leading program delivery in developing countries and in leading the design, coordinating and monitoring of programmes in collaboration with development partners, private sector and civil society organisations.

In 2015 she was nominated and selected as an African Science Heroes by the Planet Earth Institute. 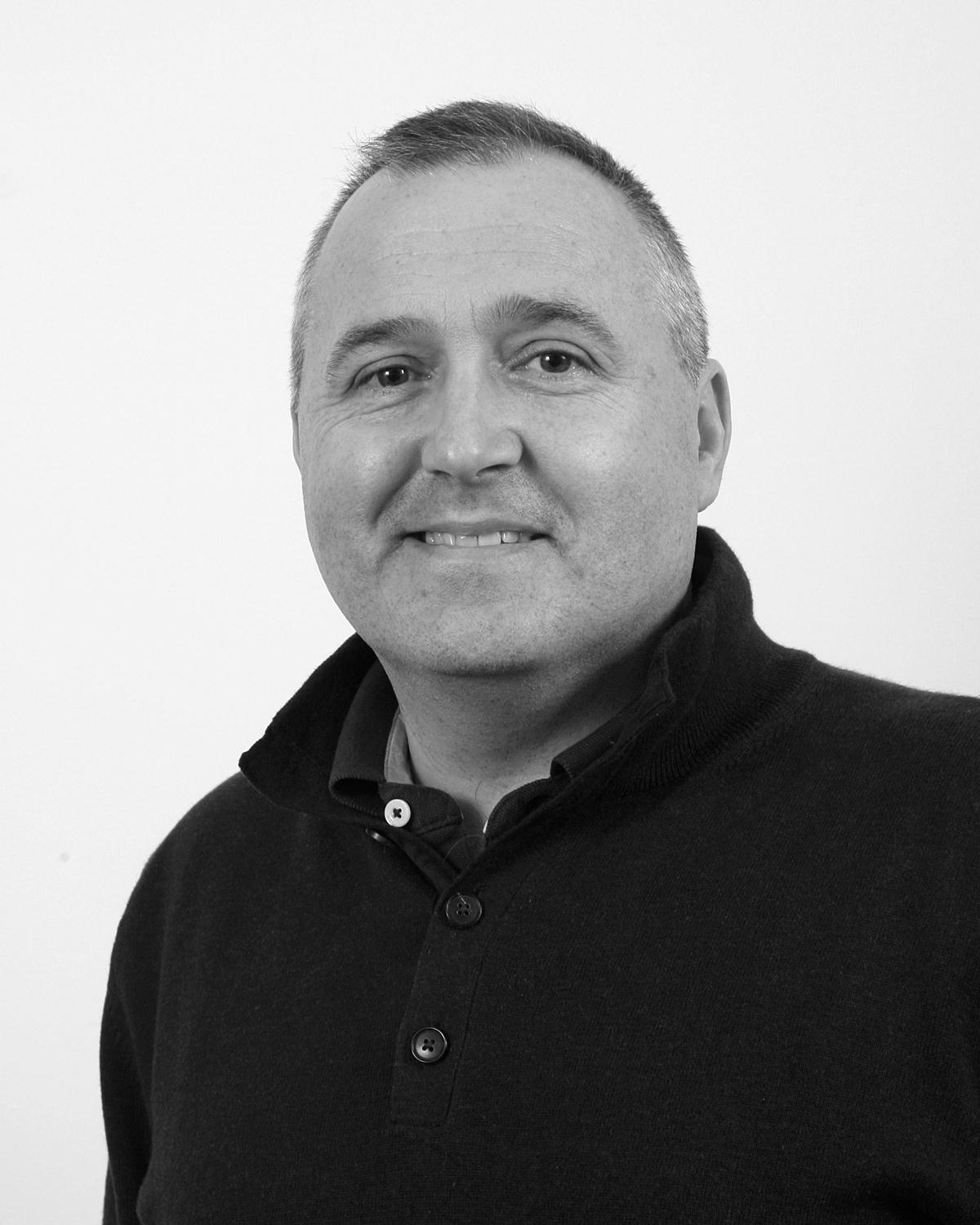 Philip joined the board in September 2019. He is Executive Vice President in Concentrix and has global responsibility for M&A, Pricing, Procurement, Real Estate and Special Projects.

Philip set up his own business (gem) in 2000, grew it to 1000 people before selling it to Concentrix.

He was a finalist in the Ernst and Young Entrepreneur of the year in 2007 and has held a number of board positions for Chamber of Commerce, Institute of Directors, Young Enterprise among others. He is also a Certified Accountant (FCCA).

Gareth was appointed as a Trustee at the end of March 2021. He was Chairman of the Welsh Rugby Union from October 2014 until November 2020. Gareth is a Director of Rugby World Cup Ltd, and was on the board of both Six Nations and the British and Irish Lions until November 2020.

He is a former Dean of Leeds Metropolitan University (2009-2014) following a three year stint as the Welsh Assembly Government’s Head of Australia and New Zealand for Trade and Investment in October 2006. He was based in Sydney. Prior to this he joined Royal Mail Group plc at the most challenging time in the organizations 368 year long history, as it proceeded with the single biggest corporate turnaround program in British industry. He worked for three and a half years with the Royal Mail Group in Wales as its Director of Welsh Affairs.

Gareth, former chairman of the Sports Council for Wales, former Head of Sport BBC Wales and Commissioning Editor for Sports and Events at Welsh TV Company S4C, has an illustrious sporting background as well as a strong professional and business record.

He began his rugby career with Llanelli, retiring from the sport after 12 seasons at Cardiff and gaining 21 Welsh caps. He captained Wales five times, and represented the British Lions team that toured South Africa in 1980.

Gareth, a BSc Chemistry graduate from the former University of Wales Institute of Science and Technology, with a PGCE from Oxford University, is married to Fiona and has two daughters Kathryn, a doctor and Lowri a graduate from Swansea University who is a teacher. Gareth holds a number of honorary degrees, including doctorates from the University of South Wales and Cardiff Metropolitan University. 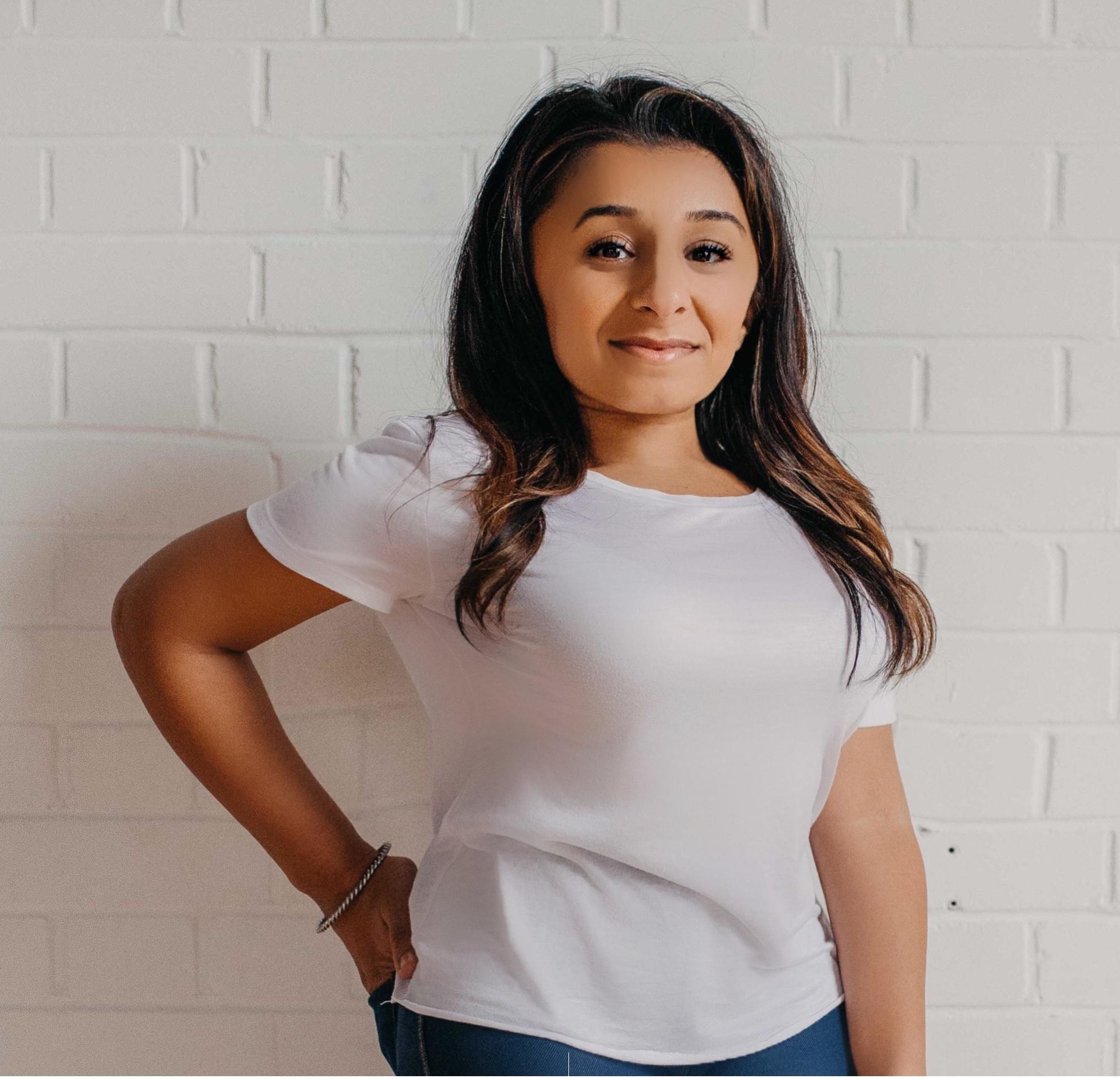 With her passion for representation and inclusion, Shani is a change agent, social entrepreneur and disability rights advocate.

She has had a varied career and currently works with businesses to transform experiences for their disabled employees and customers.

She is also the founder of the Diversability Card.

Prior to this Shani was an international event manager for over 10 years. Having organised and hosted many events throughout her career, she is an accomplished public speaker as part of her efforts to challenge perceptions and change attitudes around disability, especially within Asian communities.

Shani has held several trustee roles with regional to international charities in the Disability and Health sectors.

She is part of the Shaw Trust's Power List of the most influential disabled people in Britain 2018. 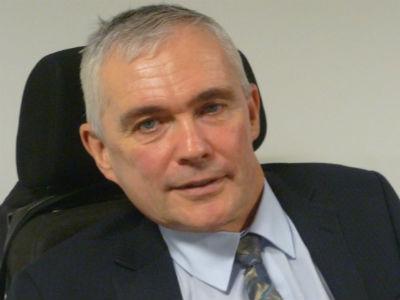 He trained as a doctor, broke his neck in an accident and then went on to undertake an MSc in rehabilitation studies and a PhD in disability and employment.

Over the last 10 years he has worked closely with the Department for Work and Pensions and the Department of Health in a variety of roles as they relate to improving the life chances of disabled people.

He is currently a board member/adviser/trustee of Inspire, the Global Disability Innovation Hub, the Rugby Football Union Injured Players Foundation and Secretary to the Southern Association of the Winston Churchill Memorial Trust.

Previously he has been on the board of London2012 Olympic Delivery Authority, University of Southampton and numerous small local and regional charities. 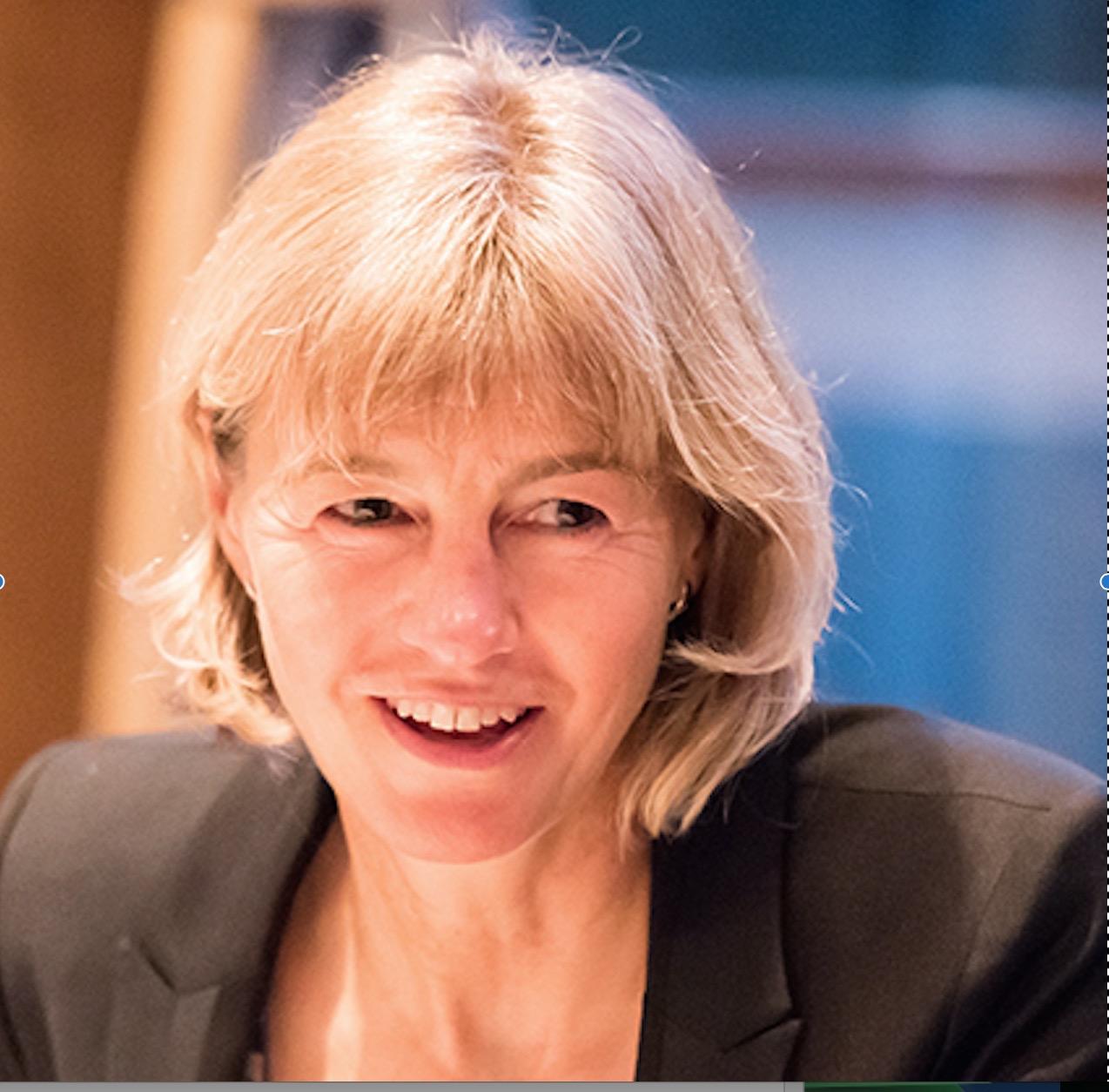 Anne is a highly experienced CMO, board member and business advisor. Specialising in the creation of innovative marketing and brand propositions for a variety of companies particularly technology and media companies across public and commercial sectors that have included British Airways, BT, PwC and Getronics.

Anne has also gained deep experience in digital marketing and the application of technology through senior international management positions initially at Microsoft MSN where she held a number of senior management roles leading the international sales marketing strategy for Microsoft Advertising. Then most recently as SVP Sales Marketing & Ad Technology at BBC Advertising a division of BBC Worldwide that handles the BBC’s commercial business outside of the UK.

Anne was Vice-Chair of the Executive Committee of IAB Europe, the European-level association for the digital marketing and advertising ecosystem, and a lay member of Council for University of Bath. She is a graduate of Durham University, where she gained a BSc in Geography and is studying for a MA in Leadership and Sustainability at IFLAS at the University of Cumbria specialising in the principals of mutuality and democracy that will support sustainable business models. 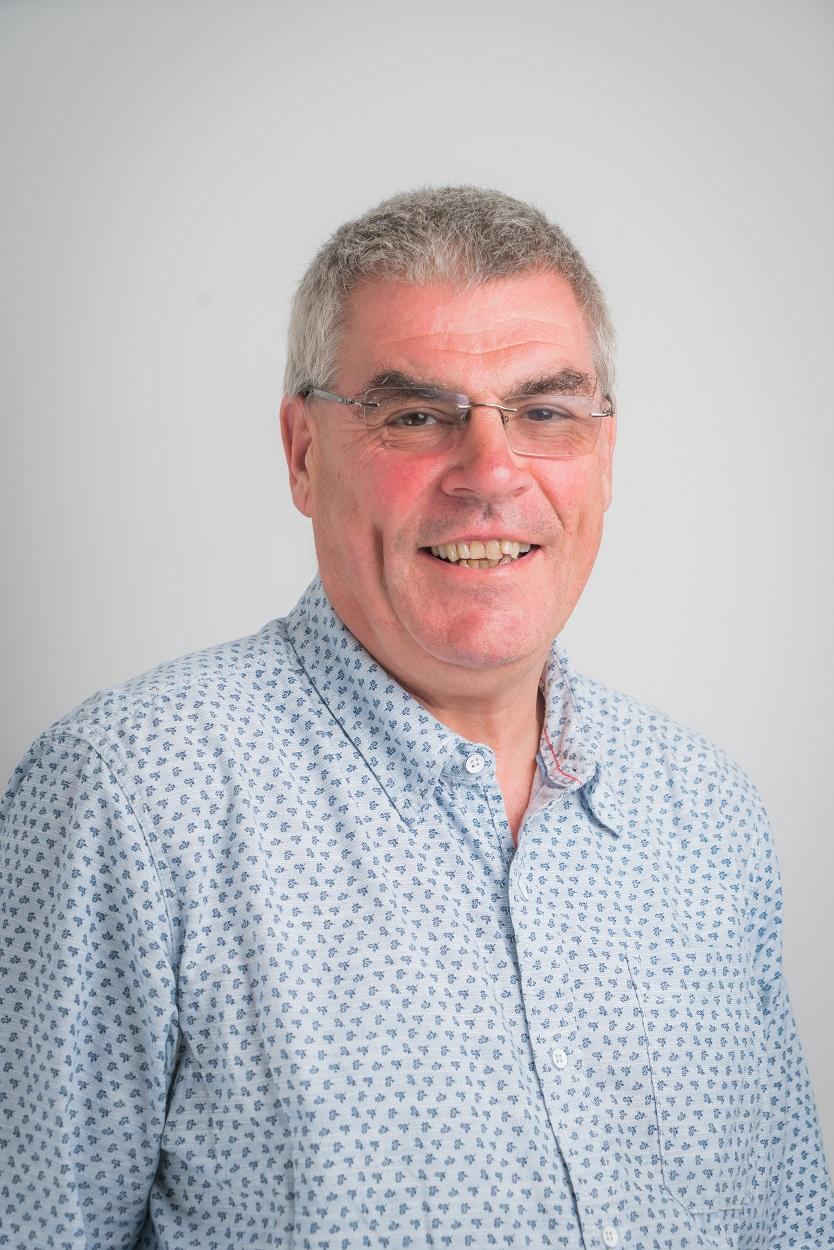 Colin Hunter was a general practitioner in Skene Medical Group outside Aberdeen, where he had been a partner for 33 years, retiring in June 2018.

He had a particular interest in learning disability and elderly people, providing care to two specialised community units and a nursing home.

Colin was Chair of Trustees of the Royal College of General Practitioners 2012 to 2018 following nine years as its Honorary Treasurer. During this period, the college’s income moved from £16m to £40m and the charity relocated to new purpose-designed premises.

Colin has had a career-long interest in quality assurance and quality improvement. He was awarded an OBE for services to primary care in Scotland in 2000, recognising his leadership role in the development of a voluntary practice-based quality scheme. This scheme formed the basis for much of the quality and outcomes framework which became part of the UK GP contract in 2004.

Colin is a Trustee of Drinkaware, a UK charity, of St Margaret's Trust in Braemar and a Governor of Robert Gordons University in Aberdeen. He is Chair of the Royal College of General Practitioners Heritage Committee.

Outside his work, he enjoys walking from his cottage in Braemar and singing (sometimes simultaneously!). 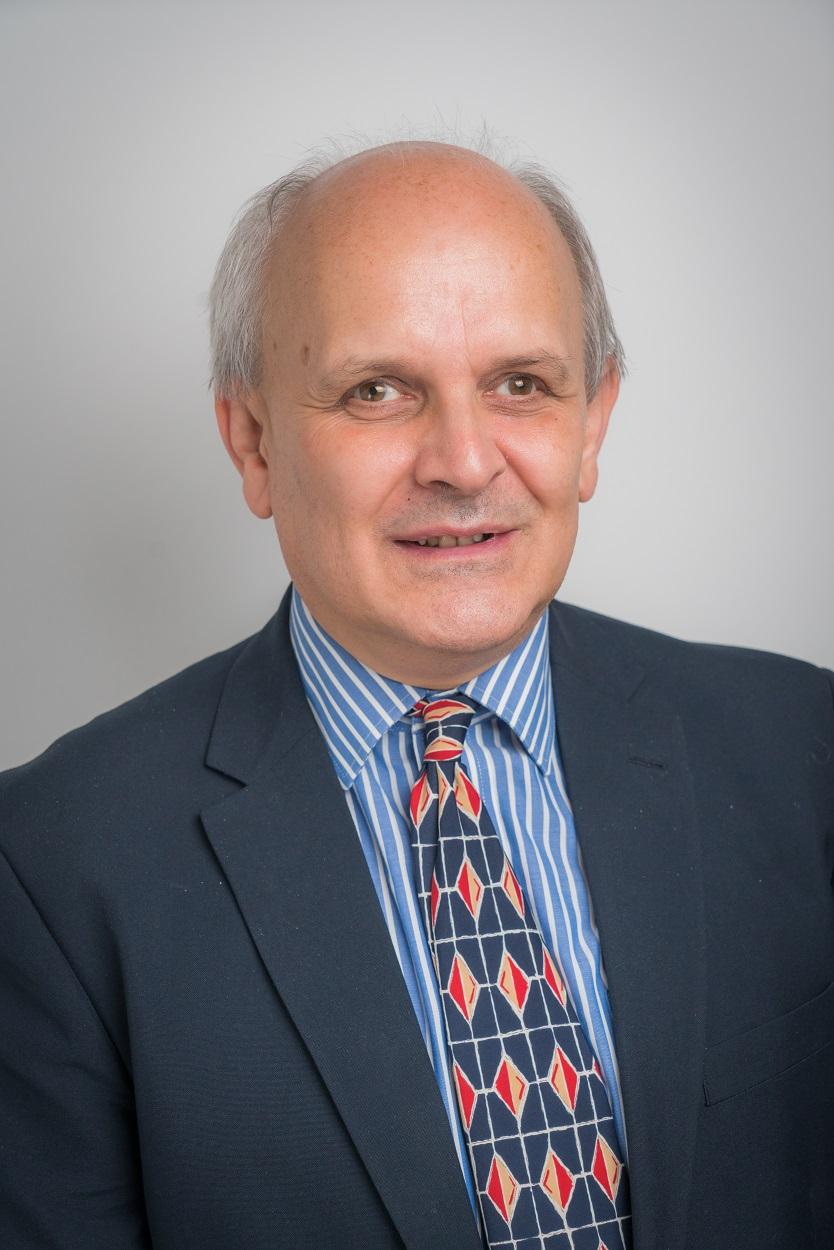 Vidar spent over 25 years working for ITV in the Midlands, much of that time as Editor/Executive Producer on a number of regional programmes before joining the ITV News Senior Management Team and for a number of years was a Consultant Producer with Channel 4’s daytime political programme produced by ITN.

In addition to being an Associate with the Business Disability Forum, Vidar is a motivational speaker, also delivering lectures at a number of universities.

Vidar has been a member of several regional and national Boards in the Arts and Disability sectors and he was awarded an honorary doctorate by Wolverhampton University in 2017. 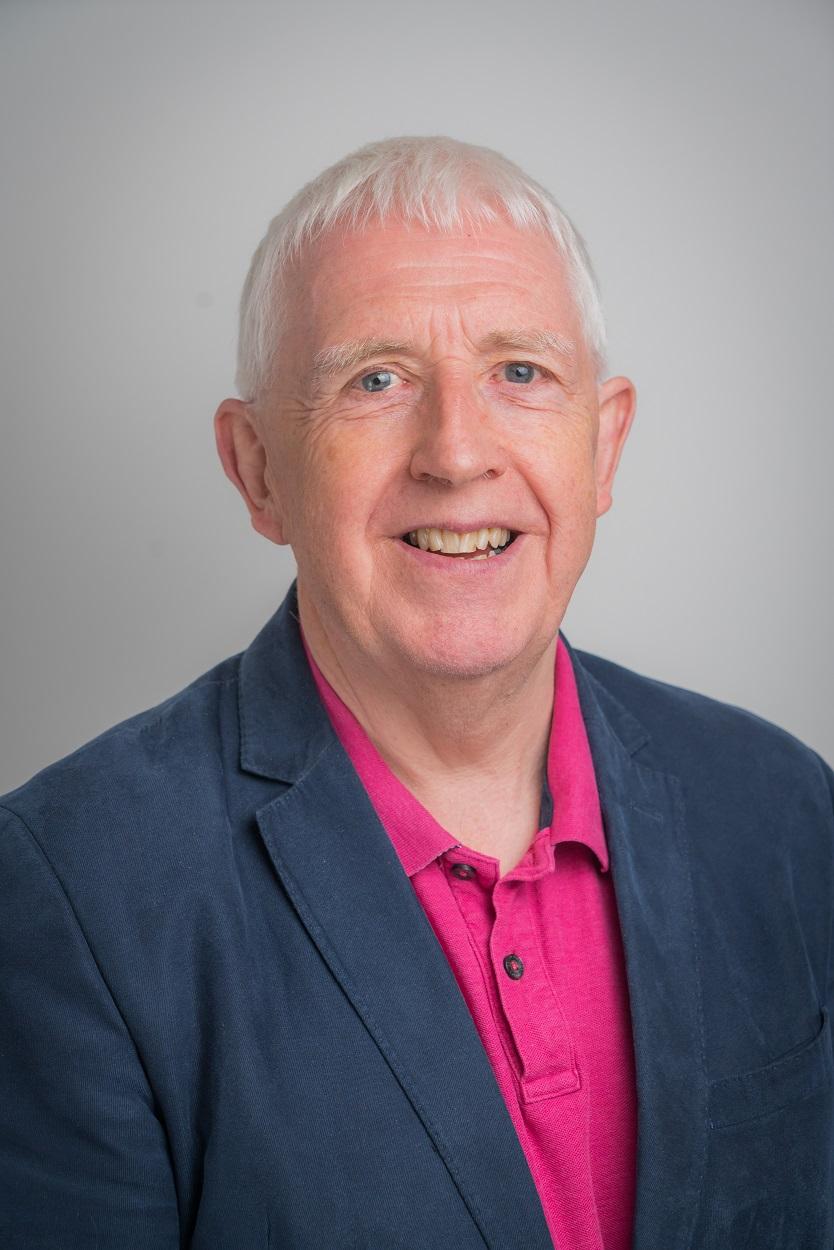 Ranald is a social work and social care professional with over 40 years’ experience in a range of roles as a practitioner, manager, educator and sector representative.

Over the past 10 years as CEO of Scottish Care, he has been heavily involved in the development and funding of services for adults and older people. He now operates as a freelance social care consultant.

Ranald has taken part in a number of Scottish government working groups, including the development of the national dementia strategy, and the review of the national care standards.

The goal as he sees it is to achieve consistency between public policy, resource allocation and practice, with the rights and interests of those who use services at the heart of all that goes on. 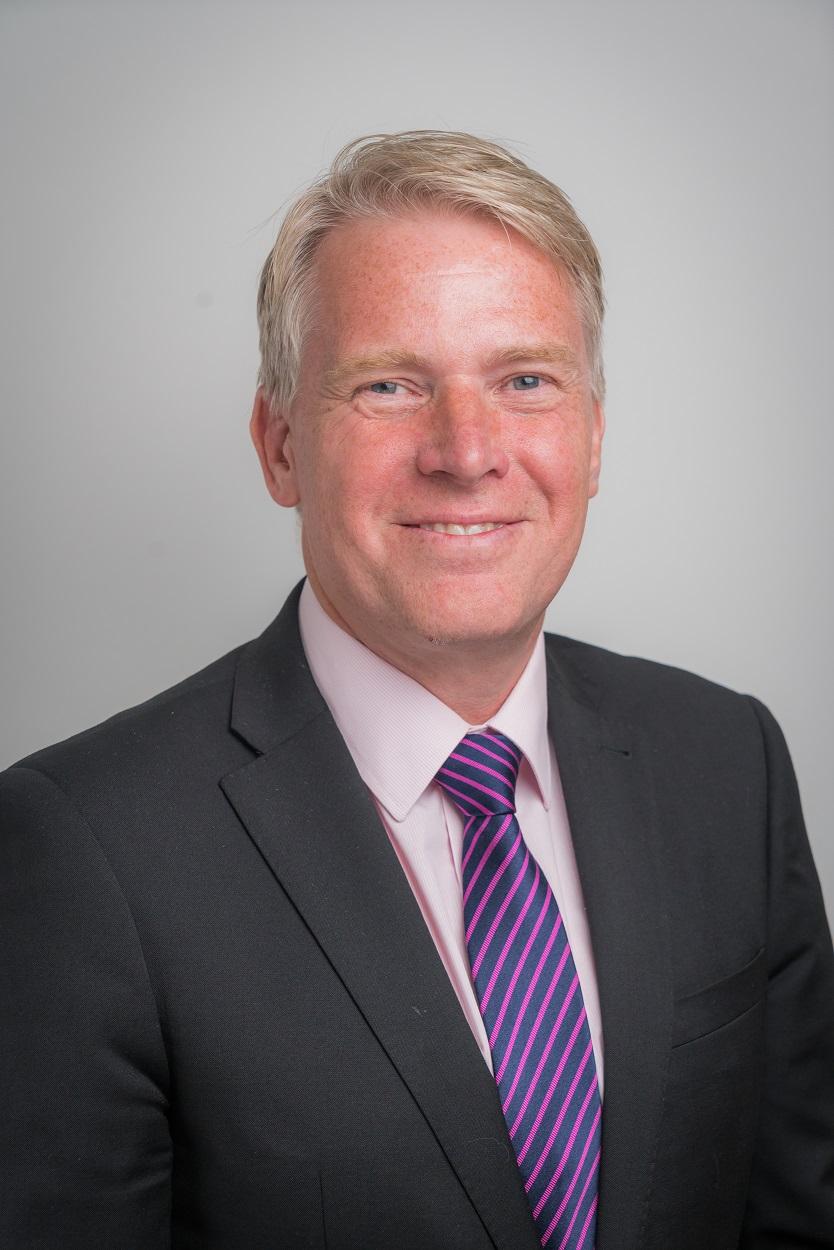 David graduated with an honours degree in Economics and is a fellow of the Institute of Chartered Accountants in England & Wales and an associate member of the Association of Corporate Treasurers.

He has more than 25 years of Board level and Audit Committee experience in leading multinational organisations operating in fast changing environments across a wide range of market sectors.

During his career David has successfully guided and supported the delivery of operational, commercial and financial plans in-line with impressive growth strategies. David has a strong understanding of the care sector from his previous role as the Group Finance Director of a leading publicly quoted social healthcare Group. 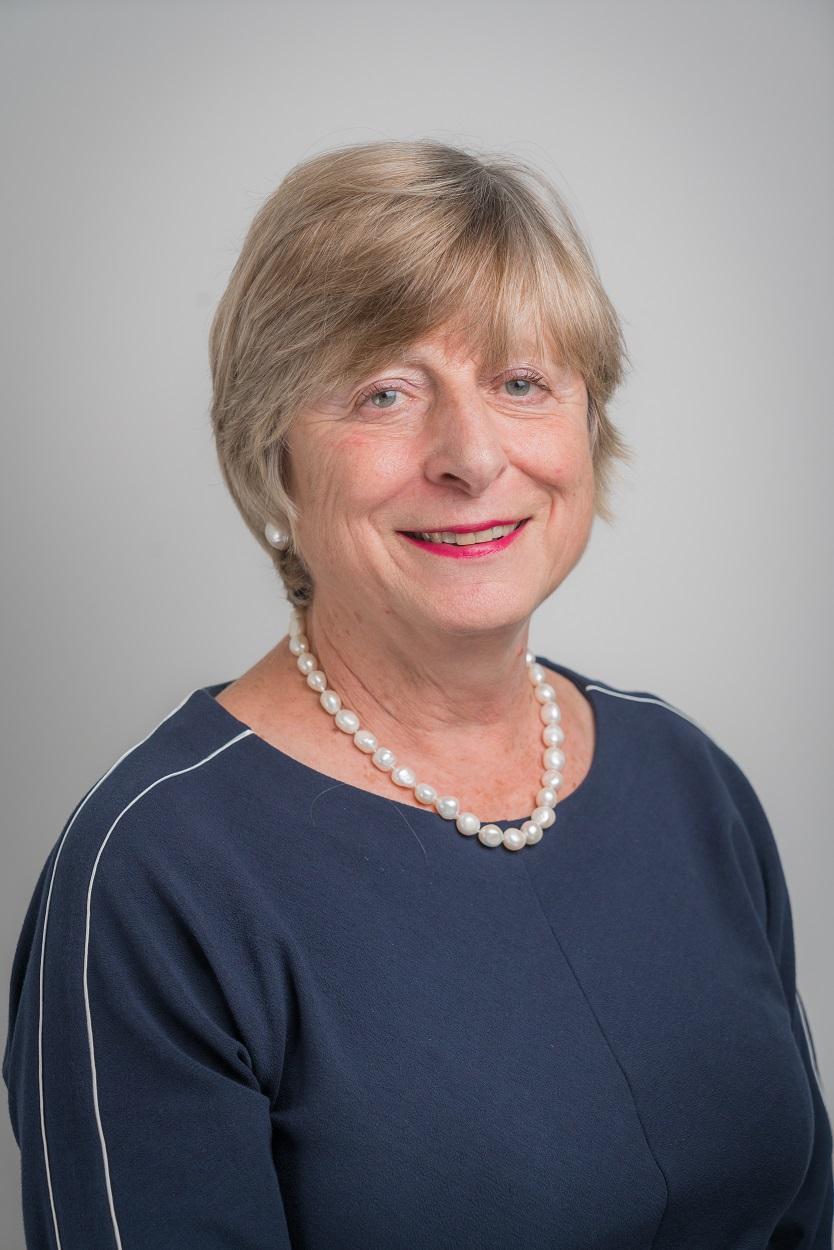 Hilary joined the Board in September 2018. She is an experienced charity chair, with private and public sector experience.

Having been a Vice President of two global executive search firms operating at Board level, she was seconded to the Cabinet Office to support talent management.

She currently chairs King’s College Hospital Charity, and was previously Chair of the MS Society, and of KIDS, which is committed to ensuring that every disabled child has appropriate support in the community.

She has led on transformation programmes, been involved in campaigning to influence national bodies and their agenda(s) on health and social care; and understands the challenges faced by both the individuals, and the charities at a time of decreasing public funding but increasing need for support.

Piers joined the Board of Trustees in April 2022. With extensive board and business experience across the public, private and third sectors, Piers brings expertise in business strategy, finance, change management and governance.

Piers was formerly a Non-Executive Director of one of the largest social housing associations, Hyde Housing Association Ltd, and is currently Chair of social housing provider, Halesworth Ltd. 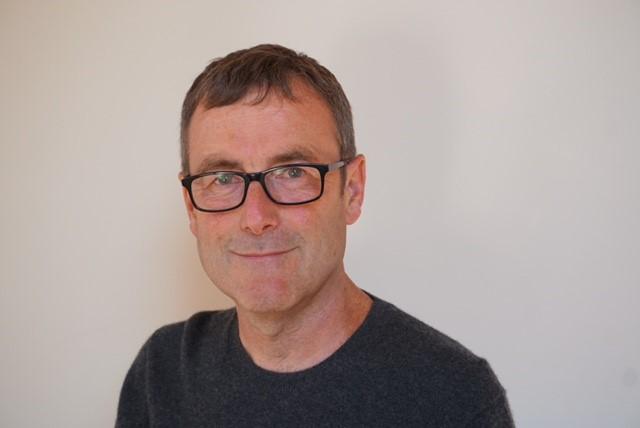 Adam joined the Board in 2021. He is a Chartered Accountant and member of the Association of Corporate Treasurers. Adam started his finance career with Price Waterhouse working in both audit and consultancy, before moving into industry.

Adam worked for a National Grid for eighteen years where he had a range of roles including Finance Director of the gas distribution division in the UK and the US, and Group Treasurer. He also gained Trustee and non-executive experience as Chair of the National Grid UK Pension Scheme and of Aerion Fund Management.

Adam currently chairs the Finance, Audit and Risk Committee of Revitalise a charity which provides holidays for disabled people and their carers.

If you wish to contact any or all of our trustees, please email:
Governance@leonardcheshire.org.